As a lifelong fan of LEGO and an almost equally longterm fan of church architecture, I’ve been building LEGO churches for years. I attended St. John’s Church, Lafayette Square (“the Church of the Presidents”) for the first time during an internship in Washington, DC, in 2010.

After moving to DC in 2012 for law school, I floated around the Episcopal (and Methodist and Lutheran) churches in the city until officially joining St. John’s and being confirmed into the Episcopal Diocese of Washington in 2014.

Shortly thereafter, I built my first LEGO model of St. John’s using classic yellow bricks. It was not quite accurate and not anywhere close to minfigure scale, but it was also being built with my childhood LEGO collection.

A few years later, while completing the Education for Ministry program at St. John’s, one of my friends announced their family was moving across the country. I wanted to give to give them a DC-themed LEGO model, but they had all become cost-prohibitive. So, I decided to build a micro-scale version of the church using the newly-widely-available bright light yellow/cool yellow bricks that more accurately reflected the outside of the building.

Around August 2020, as the pandemic wore on, I began work on my ultimate goal: a mini figure scale model of St. John’s. To begin, I knew the portico would require 6 columns, so I spaced them out and began from there.

By June 2021 (and with the fortunate release of the Fiat 500 and a few friends sets), the church was taking shape and would be ready for display at Brickfair Virginia. 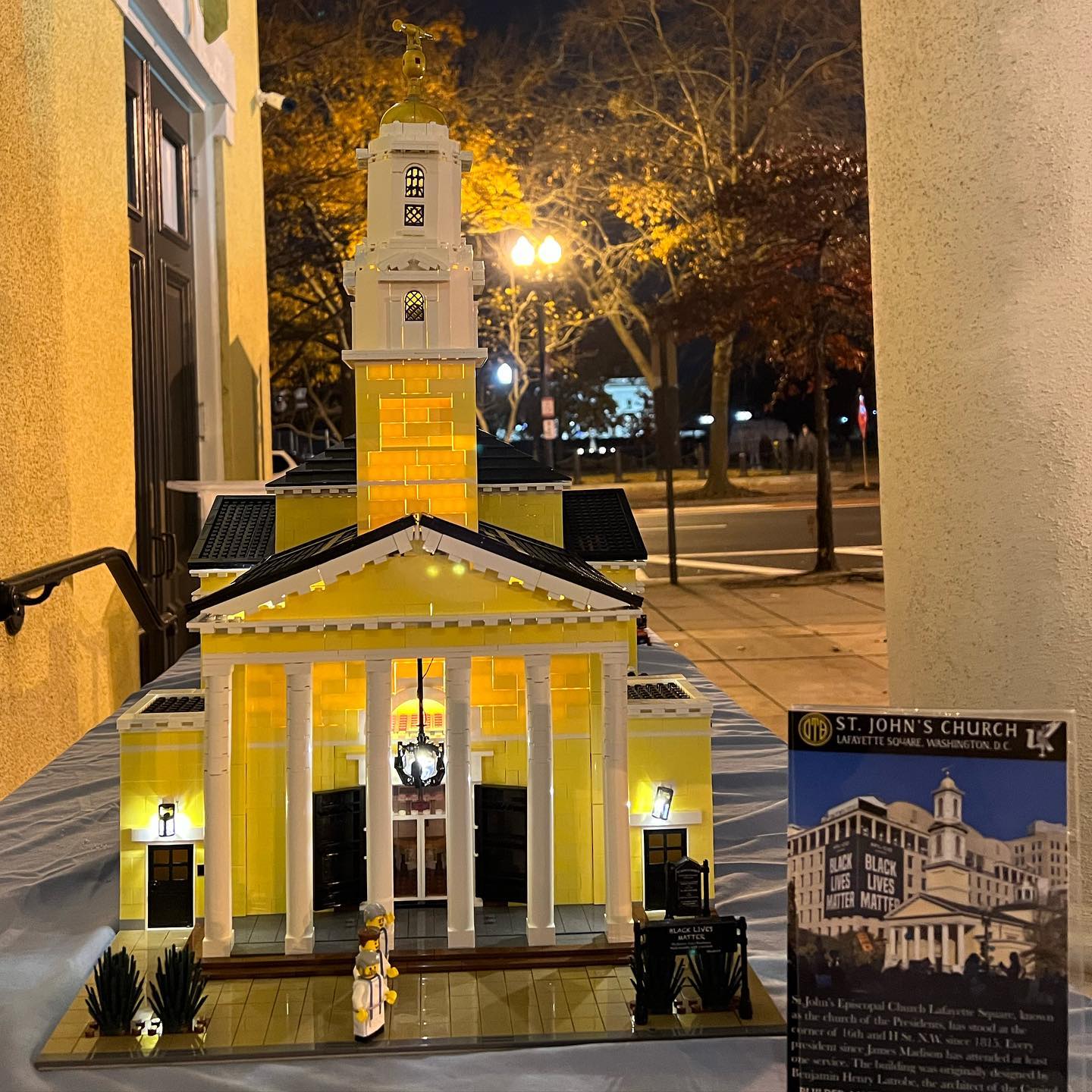 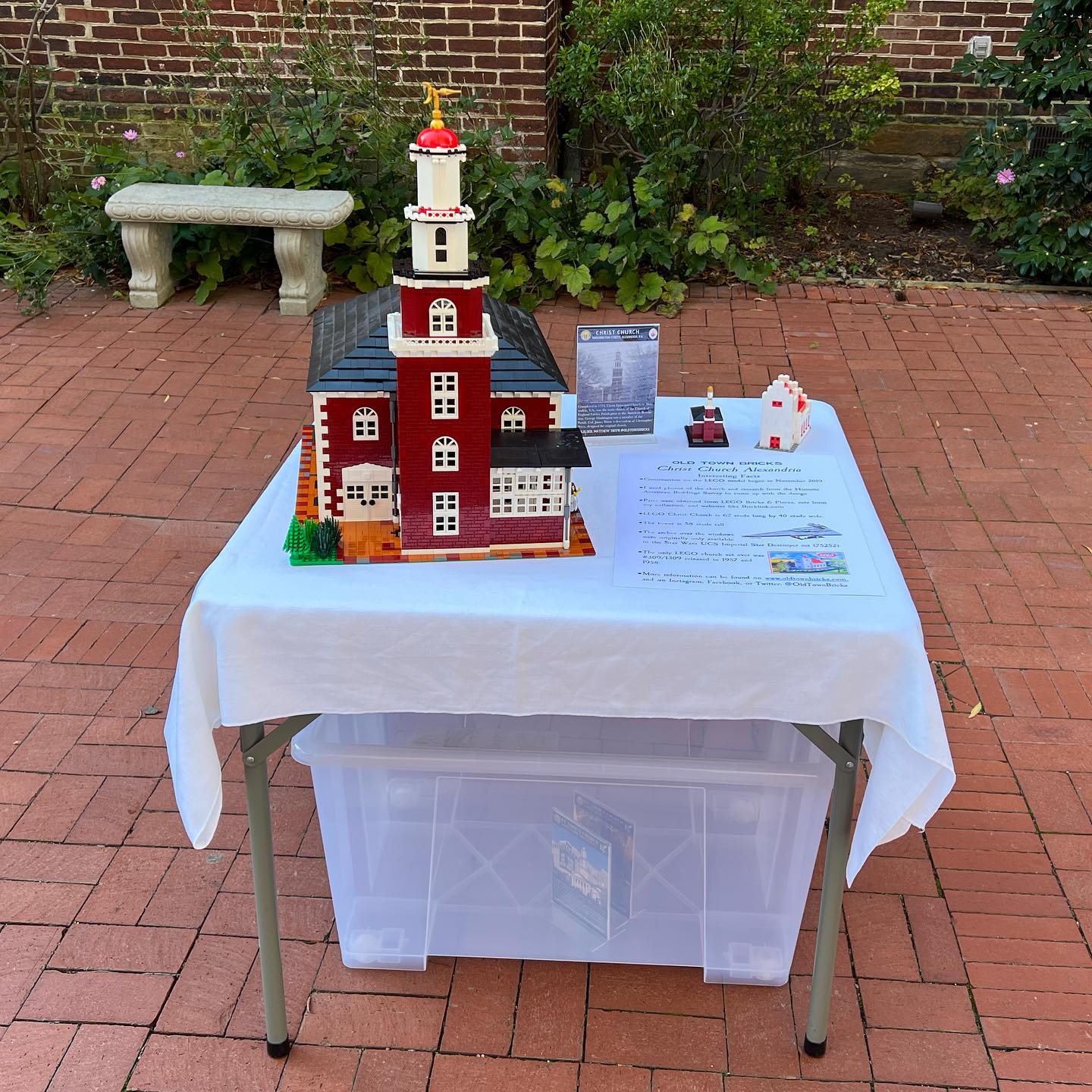 oldtownbricks
•
Follow
The LEGO version of Christ Church is set up at today’s Advent Fair at @christchurchalexandria! Come see the model before 12:30pm in #OldTownAlexandria
View on Instagram |
3/9 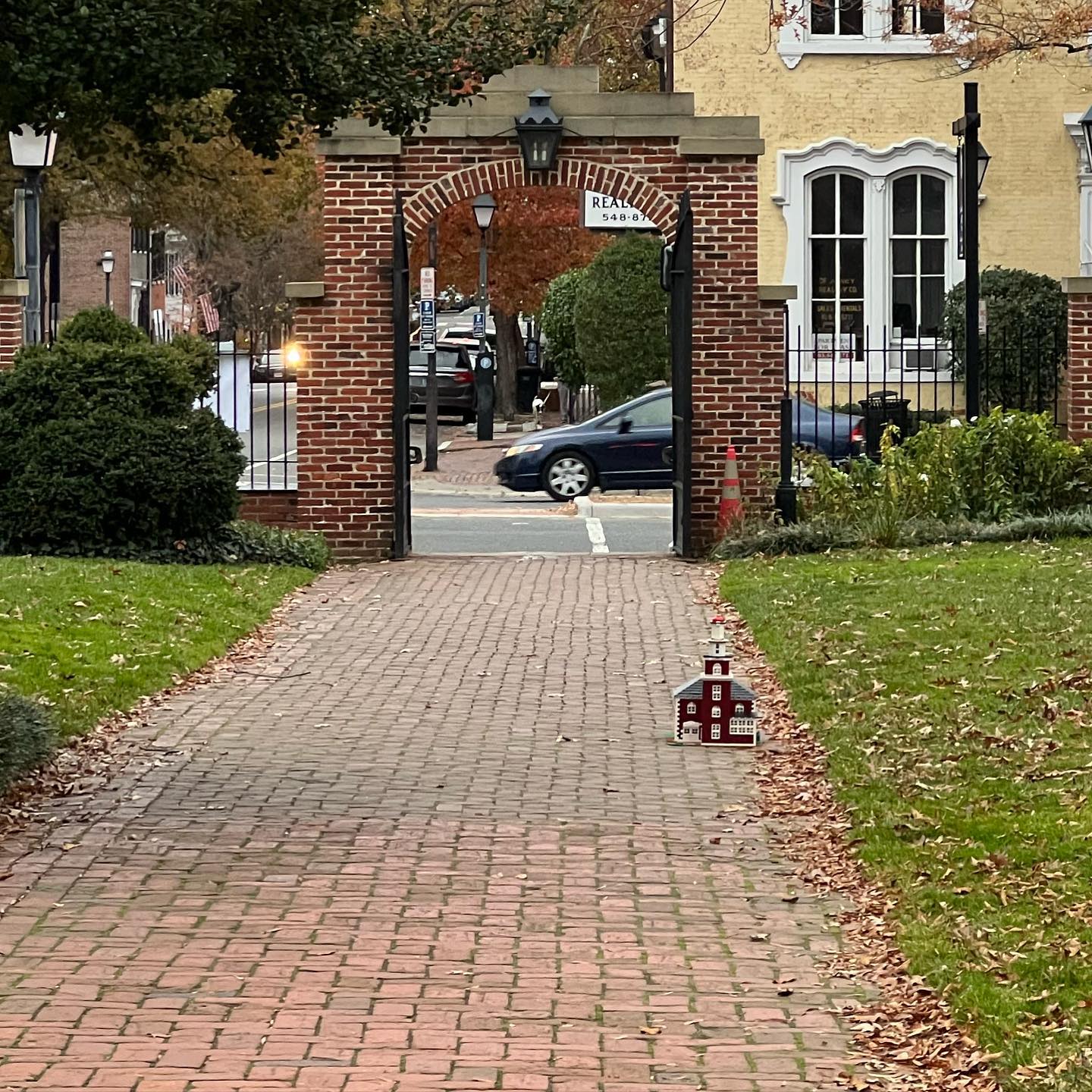 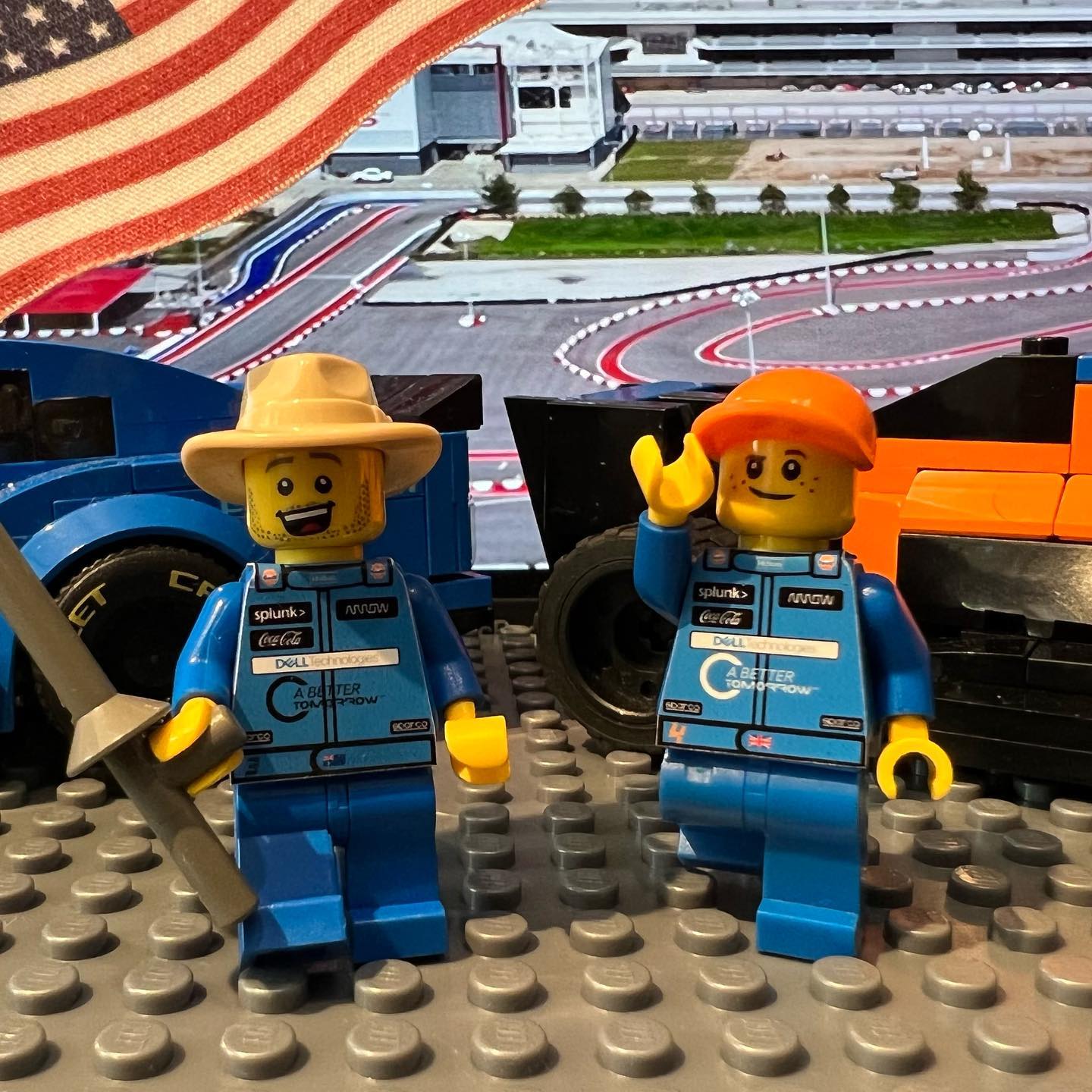 oldtownbricks
•
Follow
Some pictures from the Western Pacific Railroad Museum — first train museum I’ve been to with no “do not climb” signs. They even have a drive a train program!
View on Instagram |
6/9 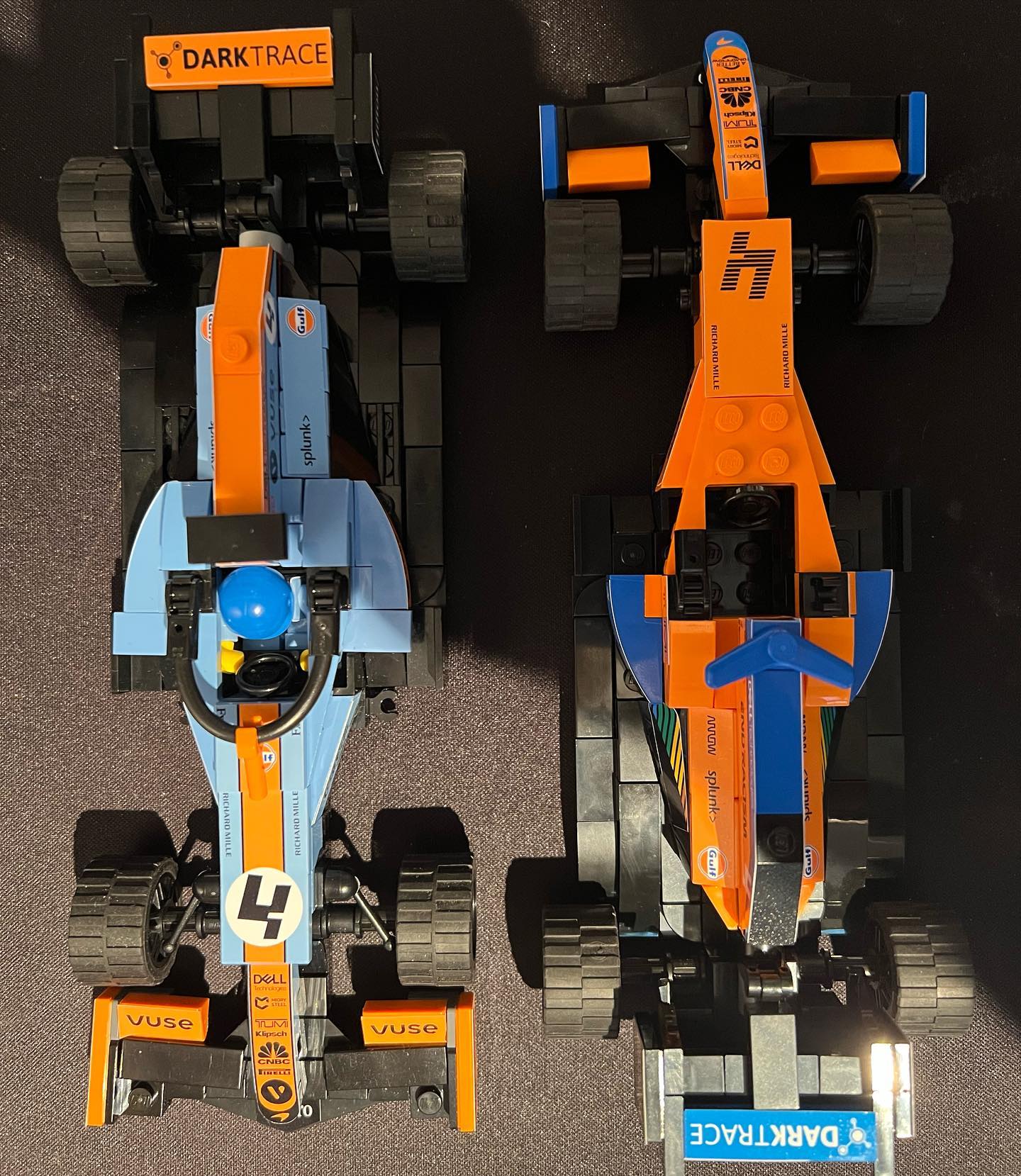 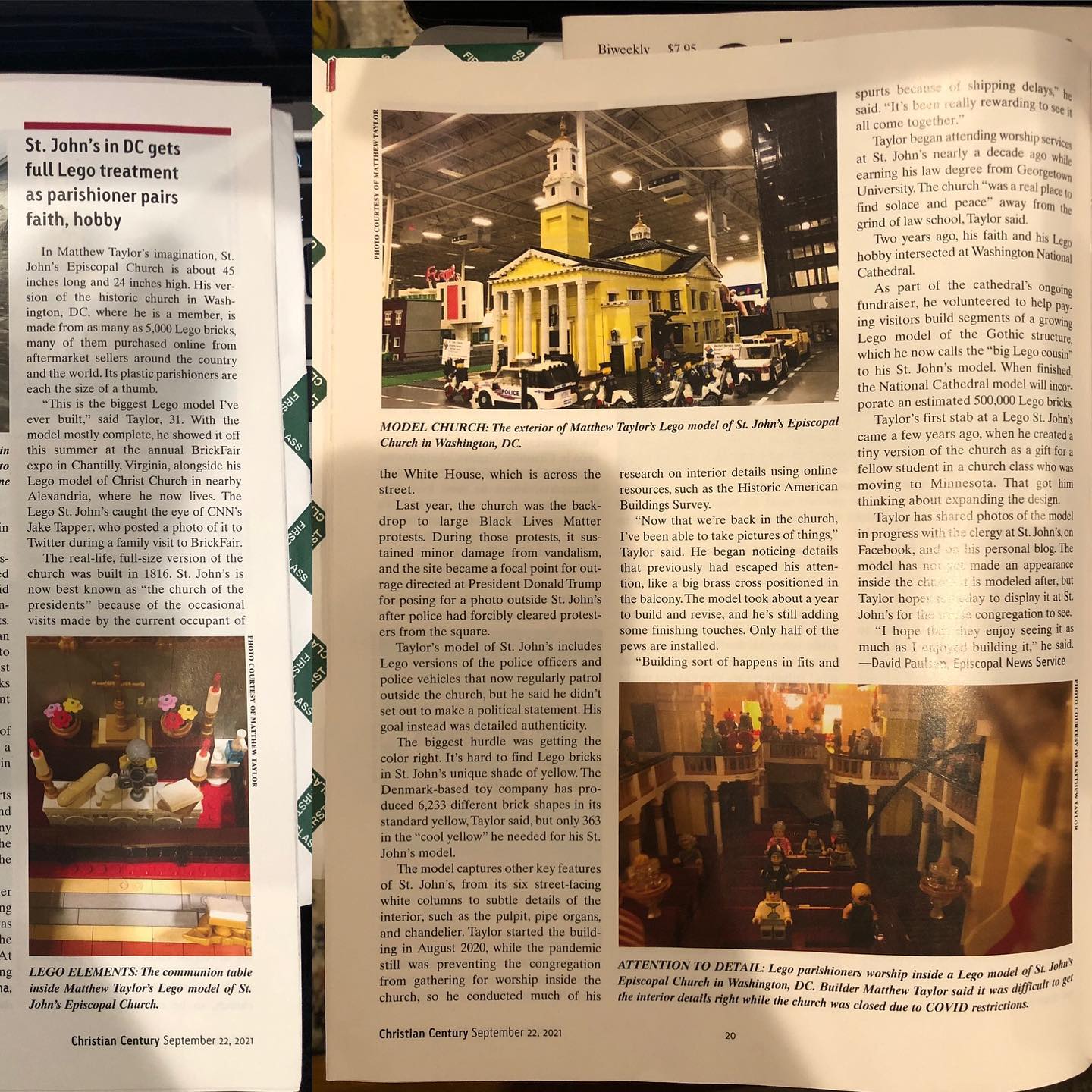 oldtownbricks
•
Follow
Pretty cool to see this in print. Thanks Episcopal News Service and @christiancentury!
View on Instagram |
8/9

Brick background available for free at Fibblesnork. LEGO, the LEGO logo, the Minifigure, and the Brick and Knob configurations are trademarks of the LEGO Group of Companies. ©2021 The LEGO Group.